Islamabad: Participants including MNA and Chairperson of the National Assembly’s Standing Committee on Information and Broadcasting Marvi Memon have urged the state-run Pakistan Television to take the lead and set example before private TV channels regarding “what to show and what not to show.”

They were speaking the launch of the printed version of “Report and Recommendations by the Media Commission appointed by the Supreme Court of Pakistan on the reforms of the media sector January-June, 2013.” Justice (R) Nasir Aslam Zahid and former Information Minister Javed Jabbar have compiled the 367-page eport.

Senator Pervaiz Rashid Federal Information and Broadcasting Minister was the chief guest at the report launch.

The panelists included Marvi Memon, social scientist and women rights worker Dr Farzana Bari and senior journalist M Ziauddin. Philipp Kauppert, Resident Director of Friedrich Ebert Stiftung (FES) that contributed to the publication of the report and organized the event welcomed the guests. He acknowledged the commission’s recommendations saying it was in the interest of media to be more professional and independent. In the context of further consolidating democracy, the focus should lie on strengthening the institutional framework for media policy.

Senator Pervaiz Rashid assured the participants and the media representatives gathered there that the government would include the two-member commission’s recommendations in formulating law on access to information and drafting code of conduct for media with consent of the media houses and journalists’ representatives. About the state TV he said Prime Minister Nawaz Sharif has asked him a number of times to introduce reforms in PTV. “We have tasked our new MD PTV to introduce reforms and set parameters of professionals before the contemporaries,” he said.

Javed Jabbar, Member, Media Commission in his introductory remarks said that the formation of the commission in January 2013 was based on the 9 Terms of Reference (ToR). The commission worked in two parts: Recommendations related to the media’s role in elections and comprehensive reforms required in institutional aspects of media. These need collective action by Parliament, by media, by advertisers, by regulatory bodies, by civil society and by all other stake-holders. Citizens’ feedback based on the recommendations was tabulated and is included in the publication, he said. About the recommendations he said, “Electronic media faces a vacuum in authentic public service broadcasting. A true transformation of the existing state owned media to publicly- owned media is the need of the day.” About the role of advertisers in the media sector he said it was influencing the quality and professionalism of media.

The media owners need to understand that citizens also have their media rights with respect to “pollution of the news bulletins.” In the name of “infotainment” sanctity of news has been breached in the Pakistani media, he said. There is also need that each media house should have its own internal ombudsperson. It is our collective responsibility to implement media recommendations collectively. In this regard, Parliament, civil society, advertiser and other regulatory and related bodies should play their role, he said.

M Ziauddin appreciated the recommendations saying Pakistani media has glorious history. The media based laws have opened the door for better regulations. “But there are no regulatory mechanisms to regulate the media laws and as a result of which quality of media work has been affected and that has created a lot of resentment among the viewers. Most of the media owners have a business-based approach today. Collective response to the recommendations is the need of the hour,” said M Ziauddin. Marvi Memon, Chairperson, NA-Standing Committee on I/B & NH said the recommendations have been tabled to all the members of the standing committee.

They will be officially discussed at the committee level. The committee has embarked on the media commission recommendations through its sub-committees that include security of media personals, PBC and PID. A definite need for “media law and review task force “as mentioned in the Recommendations also is need of the hour. Dr Farzana Bari appreciated the comprehensive report developed by the Media Commission on behalf of the civil society. 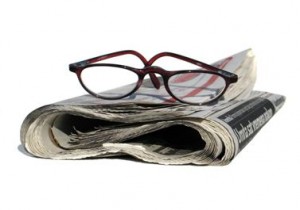 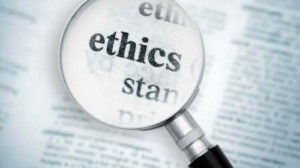