Allegations of media-related corruption in general

Allegations of media-related corruption in general as per the Commission’s formulation:

1. Bribes, inducements, perks, etc. to journalists and media personnel to obtain prominent or favorable coverage in media or to plant false or defamatory news against others.

3. Undue financial benefits obtained by/given to Government officials through direct payment in cash, or kind, or through kickbacks on award of advertising contracts to favored advertising agencies.

5. Non-media-related commercial interests of media proprietors (e.g. ownership of other commercial enterprises) who influence the contents and tone of news media coverage.

Note: The Commission’s opinion on the above 7 allegations will be rendered in the second part of this Report, not in this part which is the first part of the Report.

The Code of Ethics of the Council of Pakistan Newspaper Editors (CPNE): 1. The Press shall avoid biased reporting or publication of unverified material, and avoid the expression of comments and conjecture as established fact. Generalization based on the behavior of an individual or small number of individuals will be termed unethical. 2. The Press […]

i. In the context of a completely transformed media sector which, despite its low international ranking, is widely seen by the people of Pakistan as a reflection of extraordinary new freedom and vibrancy, it is unfortunate that the Commission is obliged to consider the issues of media-related corruption. ii. In doing so, the Commission is […] 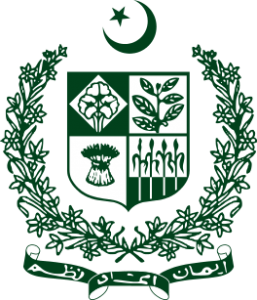 a. Factually it is not “Secret” in terms of usage and operations both. Instead it is a Supportive and Promotional Fund, the expenditure of which is supervised by the Principal Accounting Officer (PA0) of the Ministry as per below listed legal citations. The main advantage of the fund is that prompt action with reasonable justification […]