Thus, to recap: One view about TOR No. C is that, “Yes”, that the government and its instrumentalities have a valid right and role to be major players in electronic media and that this presence is entirely consistent with the fundamental right under Article 19 which it does not contradict in any way.

Further, that State media alone fulfil the need for public interest broadcasting by producing and transmitting content on aspects of citizens’ education, health, social issues and on national interest dimensions which do not normally get the required time and attention in the private electronic media which are driven entirely by commercial considerations. Also further that, as the principal, and in some areas, the only terrestrial-based broadcasters in Pakistan, PTV and PBC are the only electronic media that are accessible in virtually every part of Pakistan. Whereas private electronic media such as satellite TV channels distributed through cable TV operators are not able to ensure 100% coverage.

As stated in Part-One of this Report dealing with TOR No. F and the section of this Report dealing with TOR No. B, State media such as PBC and PTV have contributed an important, positive share in raising public awareness on basic social sector issues such as education, health, citizens’ responsibilities, farmers and workers’ needs and aspirations, women’s and children’s rights, the entitlement of non-Muslims to equal rights and opportunities, the fostering of a national identity and ethos in addition to establishing the foundation for electronic media through the training of thousands of professionals and the production of programming content for information, education and entertainment.

A response to this particular Term of Reference No. C

A response to this particular. TOR No. C is already partly covered by the Observations and Recommendations for TOR No. A. Further, other aspects of TOR No. C e.g. with regard to whether the Government or its instrumentalities should be major players in the media through State television and radio broadcasters will also be partly […]

Observations and Recommendations by the Commission regarding TOR No. C

Article 19 & 19 (A) of The Constitution of Pakistan 1. A response to this particular Term of Reference No. C. 2. Nevertheless, the Commission provides a brief comment on this TOR No. C as follows: 3. As stated in the section dealing with TOR No. A, the sheer variety and volume of Information in […] 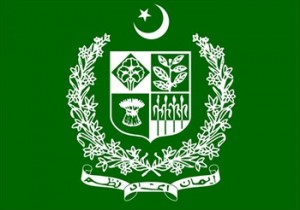 Article 19 of The Constitution of Pakistan : Freedom of speech, etc. Every citizen shall have the right to freedom of speech and expression, and there shall be freedom of the press, subject to any reasonable restrictions imposed by law in the interest of the glory of Islam or the integrity, security or defence of […]